Prague spring and its legacy

Jakub Csabay, a university student who co-organised a conference that took place on 28th April at the University of Cambridge, invited me to present there on the following topic: „Prague Spring and Its Legacies”.

What an engaging theme! I actually spoke on the same topic in 1988 in Moscow, at a roundtable organised by a literary magazine, Voprosy Literatury:

„Czechoslovakia is currently in a situation that we can only call paradoxical. On one hand, we are taking on a model of reconstruction from the Soviet Union, but on the other, we have been fighting for the last twenty years with the „windmills“ of counterrevolution, which we had supposedly uncovered in 1968 and suppressed with a „brotherly international aid“. In fact, the foremost „counterrevolutionary“ idea of Alexander Dubček „socialism with a human face“ resembles „ako vajce vajcu“[1] the humane socialism that has been set out by the Soviet reconstruction as its own watchphrase!“

Afterwards, I was curious whether Voprosy Literatury would publish what I had said. „My pečatajem vsio krome glupostej,“[2] the Editor in Chief Lazarev ensured me, and it did indeed get published without any adjustments in the April issue of 1989 — with the very exception of replacing the simile „ako vajce vajcu“ with its Russian equivalent „kak dve kapli vody“. (I immediately shared the issue with Alexander Dubček, who was very pleased by it, and to return the courtesy he came to see my play The Test at the Malá Scéna[3] of the Slovak National Theatre, where he was welcomed by the audience with a round of applause even though it was only June 1989.)

I have sent my book Alexander Dubček: The Last Chapter to Jakub, but I respectfully declined the invitation.

He then asked me if I would be willing to contribute to a summary publication from the conference, and this request I have not declined. This is my contribution!

And I shall add one more quote from my reflective essay The Art and Politics, which was published in the Slovak daily SME, and then also in a book On Takingness of Happiness (Ikar, 2009).

„What do we know about Shakespeare in Politics?… Most researchers say that uncovering Shakespeare’s political engagement is a hopeless business. Politics in Shakespeare is, however, a completely different story. We learn a great deal about the politics of Renaissance England from Hamlet, although the play is set in Denmark. Insignificance of an artist in politics and significance of politics in art are, therefore, not mutually exclusive — but otherwise politics and art are like oil and water.“

Dear Jakub, this is also one of the reasons why I had doubts whether I would be the right person to present at the conference. But I am glad that Slovakia has got students like you - students not lost in this world. Be aware that you and your colleagues are also part of the Prague Spring legacy!

[1] A Slovak simile, meaning as like as two peas.

[2] „We publish everything except for stupidities.“ (trans.)

[3] Literally meaning the Small Stage, at present operating as a separate theatre. 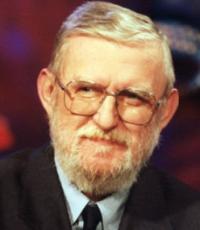